Show and tell with shame

When we first moved here, the garden was unkempt. It was overgrown, and full of nettles, brambles and convolvulus.

Dave made the structural changes to the garden and I was in charge of planting and maintenance. I spent hours and hours in the garden, and for five or six years it rewarded my efforts. That was before I started writing. Since then it’s been a struggle to keep the weeds at bay. It’s not just writing, I have a lot of other things I want to do, and not enough energy, and I neglect the garden. There are parts of it that look disreputable. I lie there on your steamer chair in the sun, working out the scene I’m just about to write, and I can hear the convolvulus chuckling…one of those evil wheezy chuckles, like Griswald makes in the original Top Cat. 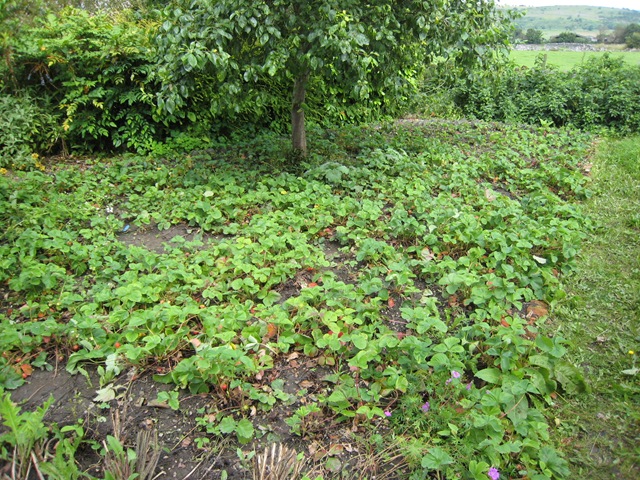 The picture above is of our strawberry patch, from which I’ve picked 15 kilos of strawberries during the last month. The tree in the middle of it is a Victoria plum tree, which has always borne a mythically large crop. We love plums, but even so, every September I distribute them to all and sundry because we always have too many. Not this year. This year there won’t be any because there was a frost when the blossom was out.

The shrubs at the top right of the picture are the blackcurrant bushes, famed for their fecundity. I’m showing you this picture so you can see the dreadful state of the path on the right. It should be gravel but is thick with weeds, notably grass and dandelions and alchemilla mollis. Can you make out a path between the tree and the shrubs, behind on the left? Barely? That’s because it is weedy and the shrubs behind are encroaching. That’s because no-one (i.e. me) sorts them out. There are far worse corners of the garden than this, but it pains me to think about them, let alone show you.

Here are some pictures from earlier happier times. (At least they were happier for the garden. I am perfectly happy now: I just need a best-seller so I can afford to employ a gardener.) 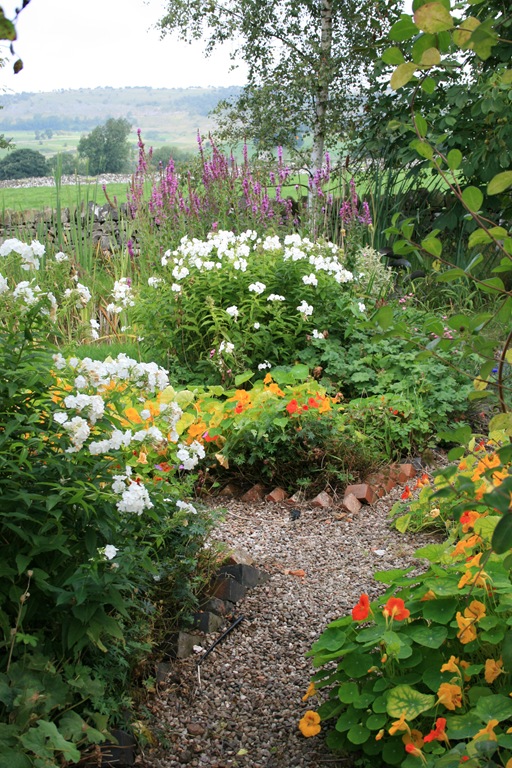 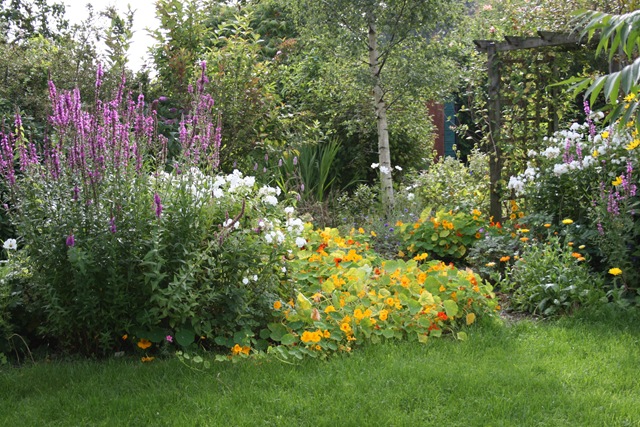 The rot started some time ago: this below was in July 2008. There is an arch and a path under here. It doesn’t look as lovely this year, because the honeysuckle is being smothered by a rose that has gone back to the wild. Something drastic is going to happen this autumn. Look at the front hedge, oh rose, and be afraid, be very afraid. 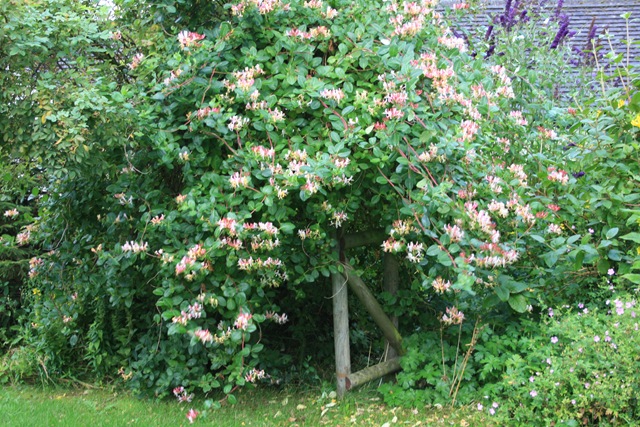 This below is one of my favourite pictures of part of the garden. This was August 2005. It’s just a shame I had to black out the face of the family member who declines to be named. 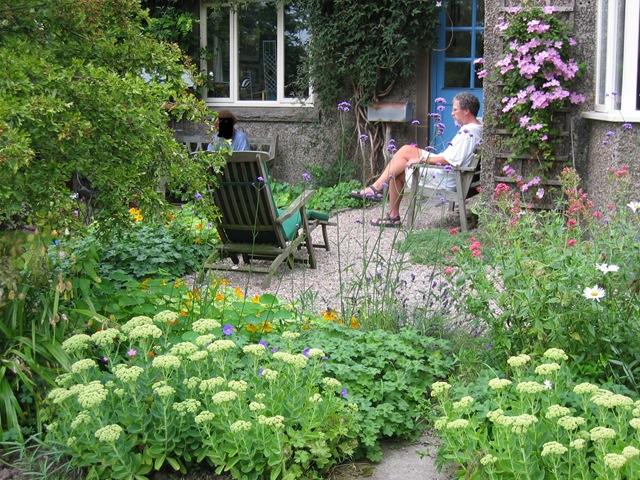