What a difference a day makes

I got up early today because I wanted to go on my bike on the Trail before the tourists arrived.  I thought it would be quiet and balmy at 8 a.m. and I could soak up the loveliness and look for grasses I had not already spotted and bring a couple home, because I am still drawing grasses, and working on a Trailside painting.

But although the forecast had been fine, it was chilly out there, and spitting with rain and horrid. And I dithered at the end of the lane, and then turned round and came home. I will go out later when it's warmed up a bit but it will have to be up the hill because the Trail will be packed by mid-morning. Weather, eh?

We took a friend on one of my favourite walks on Monday - along the Derwent from Curbar to Froggatt, and back on the other side. 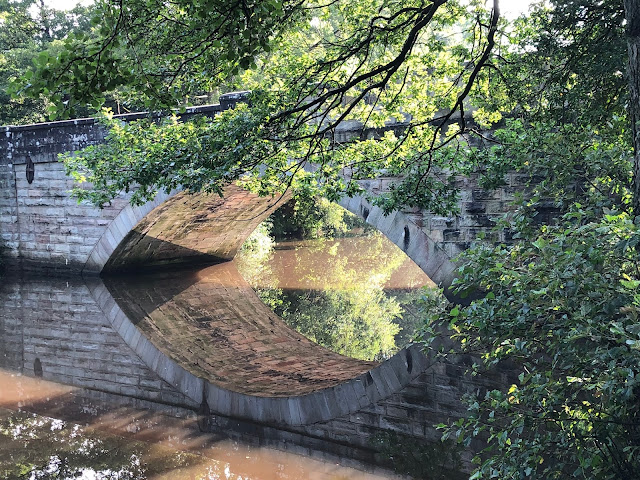 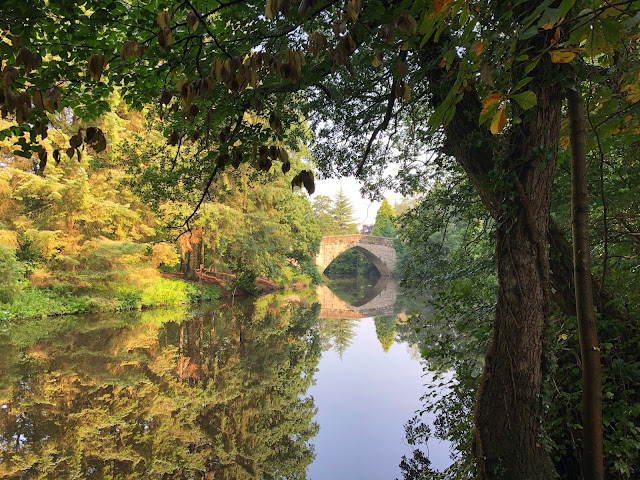 There were plenty of walkers out and about but it wasn't crowded. Usually when we're out walking, some people give us a hearty hello and some just walk on by. But on Monday everyone we met said 'Hello.' And I mean everyone. And they didn't just say hello, they smiled and said what a lovely day it was, or they made a joke. It was most odd.

You know that scene in The Railway Children near the end? Where Bobbie goes down to the station and everyone on the way is greeting her and congratulating her and pointing to their newspapers and saying what great news it is, and Perks gives her a kiss, and she is completely bemused as to why? It was just like that.

And I was puzzling about it. All I came up with was that it must be because the weekend had been so full of rain, whereas Monday was such a lovely sunny day with the countryside fresh after the rain and the air so balmy.

Why are we so affected by the weather?

I went into Sheffield last evening to see Zoë and we walked down Ecclesall Road, which was very exciting for this country mouse - all those people! All those people out and about at a time when usually Dave and I slumped on the sofa, thinking the day is done!

I spotted these lovely weeds on a side street: 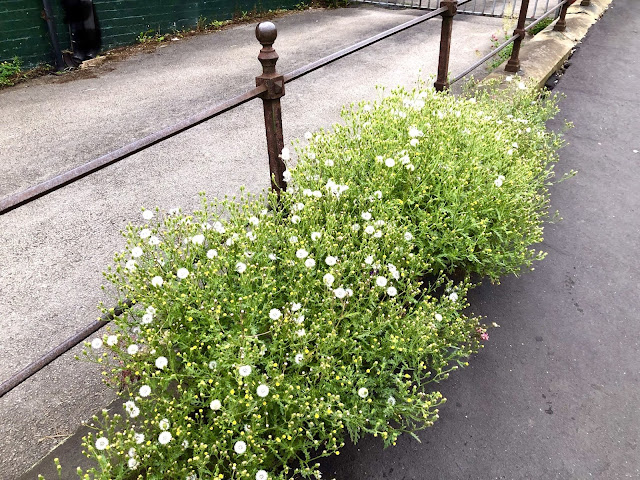 and took a photo because I love the combo of the yellow dots, the green leaves and the white seedheads.

I'll leave you with this quote from Northern Farm by Henry Beston, which i came across on the wonderful Brainpickings website.

When this twentieth century of ours became obsessed with a passion for mere size, what was lost sight of was the ancient wisdom that the emotions have their own standards of judgment and their own sense of scale. In the emotional world a small thing can touch the heart and the imagination every bit as much as something impressively gigantic; a fine phrase is as good as an epic, and a small brook in the quiet of a wood can have its say with a voice more profound than the thunder of any cataract. Who would live happily in the country must be wisely prepared to take great pleasure in little things. 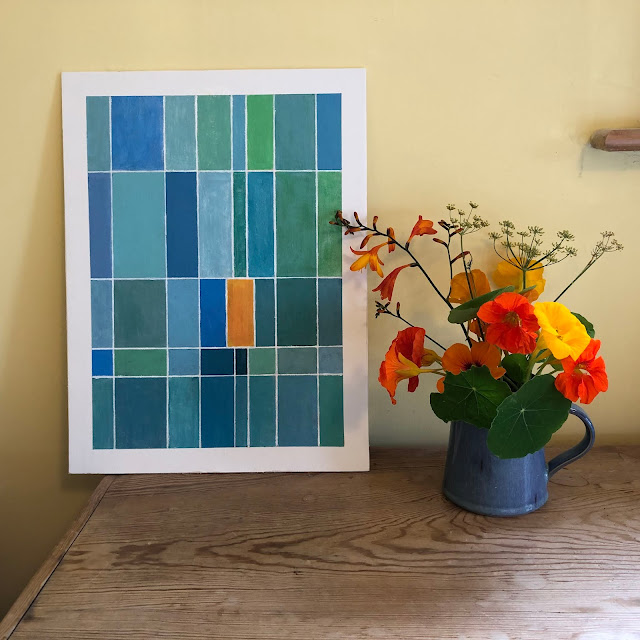