My big sister rang yesterday to ask if I was all right because I hadn't blogged in ages, and also, how did I like the hot weather?

I said I was fine, and I liked the hot weather because I could pretend I was on holiday. It meant I didn't have to satisfy the puritanical being sitting on my right shoulder that insists I do something productive and meaningful everyday, preferably for the benefit of someone other than myself. So that, I said, is probably why I hadn't blogged - because I'd conceptually been on holiday - although I have been drawing, something which is for me and no-one else.

Here is one of the said drawings, of my nasturtiums, because I'm pleased with it, even though I haven't got the jar perfectly upright. 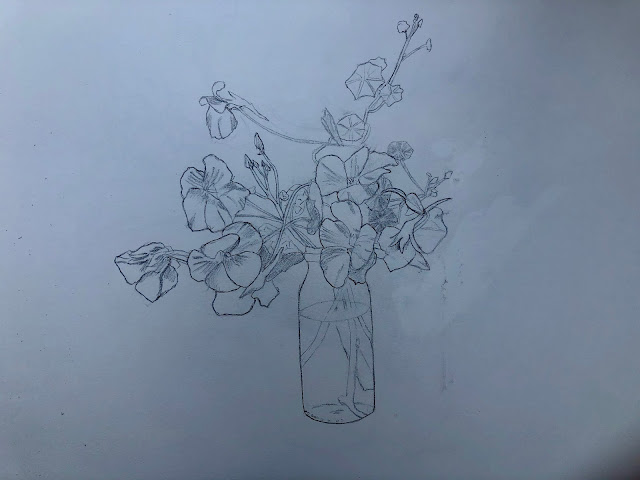 And now one coloured with inks: 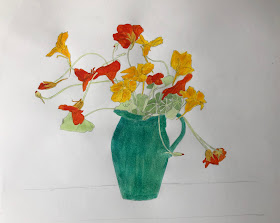 Because I have no ideas in my head for another novel, I've been thinking about trading in words for pictures, and then I wondered about amalgamating them along the lines of this... 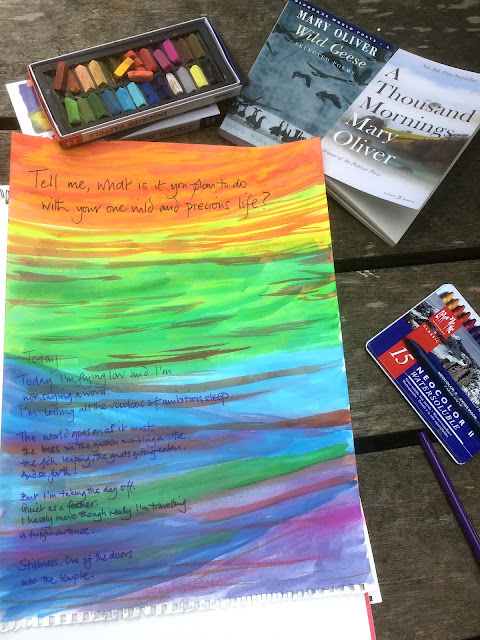 in which I quote from two of Mary Oliver's poems. It doesn't seem right, though, to be using someone else's words. I should be using my own.
The trouble is that my words come in a bunch, in an article, a book, or a blog post. And I can't think of any pithy sentences worth quoting. The most memorable single sentences or phrases I have written that immediately spring to mind have all been said by Dave.
e.g. 'if you want to risk your life for a haddock'
or
'I think I'd feel unnerved if they removed my head.'
both of which suggest a cartoon and not a beautiful abstract painting or design. But I will investigate the collected works of Sue Hepworth and see what I can come up with.
On Wednesday, Dave and had an early morning walk along the Derwent from Curbar to Froggatt and back, and I took this photo: 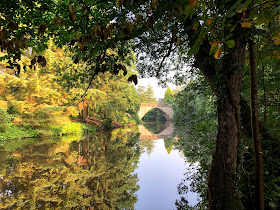 And on Thursday I rode to the end of the Trail and took this video to show you what's there. The sound you can hear is the river Wye below.
Yesterday Liz and I took an easy early stroll along Curbar Edge, which is parallellish to the river walk, but obviously, much higher up: 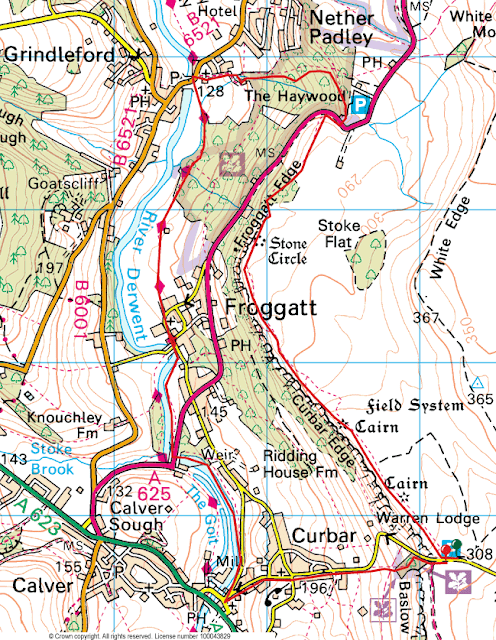 It was cool and misty: 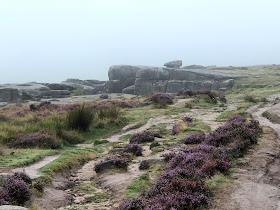 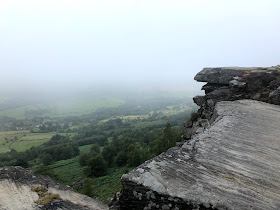 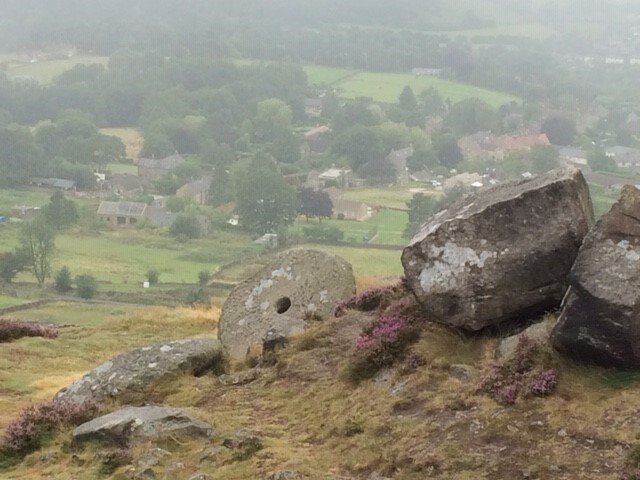 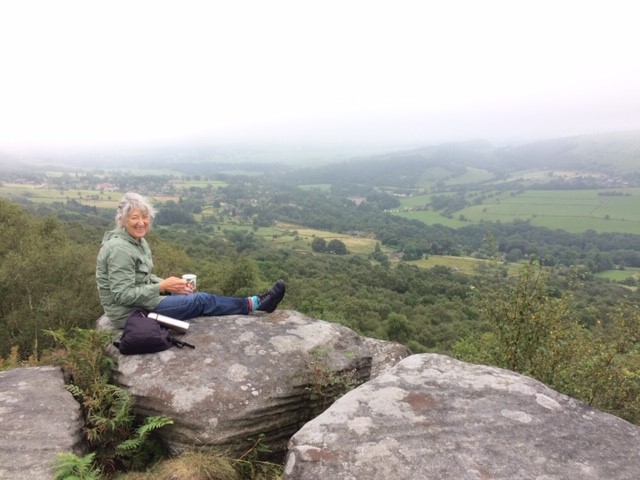 I recommend both walks, but they are popular, and you need to go early or late if you don't like crowds. I'd rather stay home than be in a crowd.
The natural world is a solace in these dark times. I may have been on holiday but I've been signing petitions as if my life depended on it.
Sometimes other people's lives depend on it.
Here is a petition which calls for fair grades for A levels and GCSE exams:
https://www.change.org/p/boris-johnson-stop-the-33-downgrade-of-2020-a-level-and-gcse-results
And then there's the issue of children risking their lives by crossing the channel in dangerous boats.

The best way for the dangerous crossings to stop is to provide safe and legal routes for those seeking sanctuary, yet the government is failing to provide certainty on replacements for two such schemes that have ended or are ending this year.

The government says it wants to reduce the numbers of people crossing the Channel, but if children and separated families cannot access family reunion, they are going to have no choice but risk their lives.

This is a petition calling on the chief Brexit negotiator to make it a priority to find a replacement for refugee family reunion at the next round of negotiations (17th-21st August 2020).
https://actionnetwork.org/petitions/uk-stop-the-boats-and-provide-safe-passage?source=twitter&
Sue Hepworth at 6:34 am
Share