It's been a tricky week. I've been fed up. I've been wanting the old life back.

But we have no choice. Do we? We have to.

I watched Out of Africa for the nth time a couple of weeks ago. When Karen's husband leaves home to fight in the war, she says: 'It's an odd feeling, farewell. There is such envy in it. Men go off to be tested, for courage. And if we're tested at all, it's for patience, for doing without, for how well we can endure loneliness.'

It made me think about the second world war, and how that generation coped with the hardships and privations and threat. It went on for years. They didn't know when it would end. Just as we don't know if the present world we find ourselves in will end, or whether this is how it's going to be from now on.

I've decided to read some eye witness accounts of life in the UK during the war and see if I can absorb some wisdom and stoicism and learn how to get on with it and stop moaning.

I've chucked in Anna Karenina anyway, 40 pages from the end. It feels like a failure, having waded through 700+ pages of it. But I need to be engrossed in a book, and there are so many other things to read, and things which might be helpful. Also, I could be dead next week. Why waste my last few days on a book I am not enjoying? And a kind friend who has read it twice offered to check those last 40 pages and tell me if I have missed anything important. Yes, yes, I'm a lightweight, but I have never pretended to be otherwise.

Yesterday afternoon Chrissie asked me on Facetime how I was, and without thinking, I said 'Blissed out.' After an up and down week, I'd had breakfast in the garden 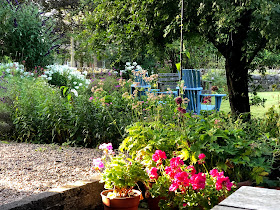 and then set off early for a walk with Liz. We parked at Alport and walked along Lathkildale. 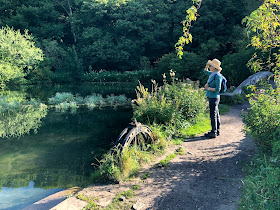 The video shows a place we stopped for twenty minutes to think, and to absorb the peace. I first came across this place when I was 15 and it was so special it stuck in my mind, until I saw it again 30 years later.
This is higher up the river, above Conksbury bridge. 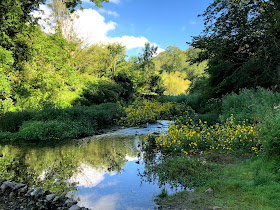 And this is the view after we climbed up the hill and turned round to come back downstream. 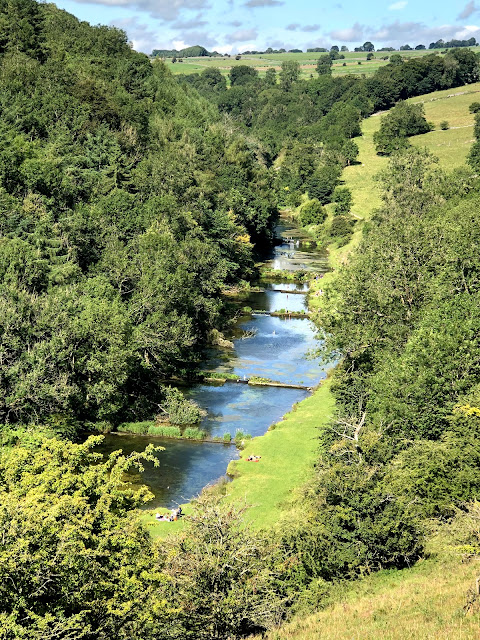 You can probably appreciate why I was 'blissed out.'
Sue Hepworth at 9:07 am
Share