Right. I am going to say two more things about reading and then I promise to shut up about books for two weeks.

The first is this: I know I am a difficult reading customer so I thought I'd show you a heap of novels from my shelves that I have liked unequivocally and all but two of which I have read twice. In some cases I've read them three times. 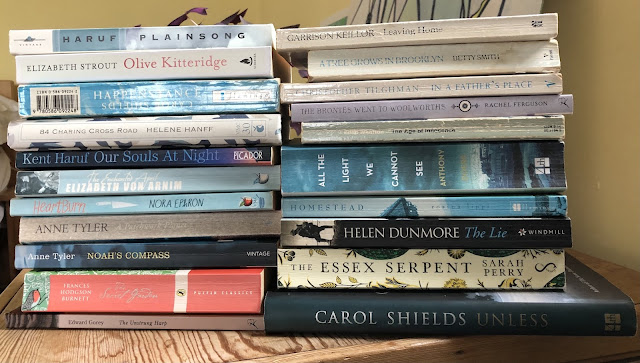 Here's a list, in case you can't read the titles - Plainsong, Olive Kitteridge, Happenstance, 84 Charing Cross Road, Our Souls at Night, The Enchanted April, Heartburn, A Patchwork Planet, The Secret Garden, The Unstrung Harp (a minority taste, probably), Leaving Home, A Tree grows in Brooklyn, In a Father's Place, The Brontes went to Woolworths, All the light we cannot see, Homestead, The Lie, The Essex Serpent, Unless.

The second thing to say is that I am now reading a book which blog reader Sally recommended - The Heart's Invisible Furies -  which I was enjoying even though the title would have deterred me from even taking it off the shelf. Then at page 152 I stopped enjoying it because an insufferable teenage boy was going on and on about sex and it was ineffably tedious. I turned to much later in the book to see if that character was there throughout the whole book and found that he wasn't, but that someone else was going on and on about sex. Now...you know how I said I liked nature but I am not fond of nature writing? Well, the same goes for sex - I like sex, but not writing about it. And this boy was not even DOING it, he was TALKING about it. Yawn!

But I am still reading the book because it is so well written, it's pacey, and it's very entertaining.

So what is the news from Hepworth Towers?

1/   The big news is that yesterday Isaac 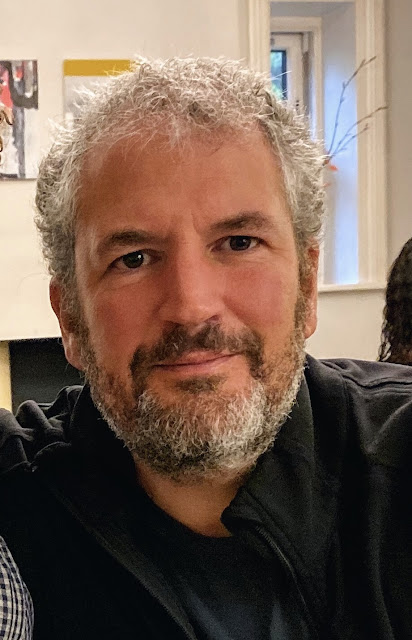 became an American citizen. He went to live in the States in 2003 but now he has become a citizen (at 48) it feels as though he has really left home. So while I am genuinely happy for him and for Wendy and the girls, there is a certain wistfulness about the event from my side of the Atlantic.

2/   I decided to stop belly-aching about the state of the garden and spend an hour every day sorting it out. Then Dave mowed all the lawns and strimmed the edges and it looks so much better that I have fresh courage and I'm going to keep at it.

3/   I wrote three separate emails to my MP and have had one response - about funding care. The two emails about the Home Office's dire treatment of refugees and the shocking deportation of people to Jamaica remain unanswered. This is not surprising, as she is a new and loyal Tory. Next up, an email asking her to support the move to keep the £20 rise in Universal Benefit. I urge you to write to your MP about this too. There is some Tory support for this measure, so it might not be ignored. Here is a link to get you started.

4/   I finished another painting:

5/   Reading the news every morning is so depressing but now I have two ways of cheering myself up afterwards. The first is to take a peek inside DAYS ARE WHERE WE LIVE. This week I opened it at something that made me chuckle:

'I lead a sheltered life. I hardly see a packet of pork scratchings from one year’s end to the next. And now I have finished the last of the packets I bought in Wrenbury, my life is drab.'

The other way is to remind myself how lucky I am that I did not escape the Irish famine and emigrate to America to find myself living in a room with no sanitation with a husband and four children, to work in a cotton factory for 12 hours a day, to have three children die in infancy and to die myself at the age of 35. This is what happened to someone's ancestor in Who do you think you are? but there are still people now whose lives are desperate.

6/   I've been thinking about my father a lot this week 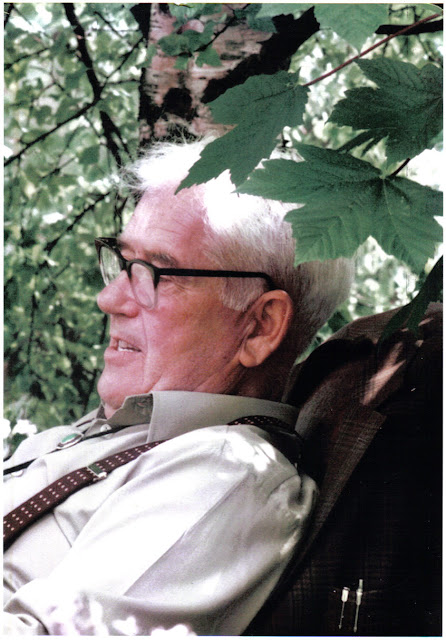 and it made me take out a clutch of letters he wrote to my mother in 1968 when he was 50 and travelling in America on a Churchill fellowship looking at specific aspects of dairy farming over there. I have so enjoyed reading them.

'I'm in a palatial guestroom in an annexe adjoining the house. I only wish you were here, my darling. Two king sized beds, electric sheets [sic], sumptuous panelling, arm chairs, private bathroom with glass walled shower - everything I could want, in fact, except you and a mug for my teeth.'

'In general I find it impossible to discuss the national and racist issues with most people - I can usually tell pretty quickly how they stand and it is almost invariably at the opposite pole of opinion so I keep my big mouth shut (believe it or not!) Last night was an exception when I spent the evening with X who claims to be regarded by most people as a 'screaming liberal.' I found I had so much in common with him and his wife that we talked till nearly midnight although I had been up at 5 a.m.'

And here is one of his touching sign-offs:

'All my love darling to you and those pestilential ankle-biters I miss so much. Fred.'

7/   The last thing to say is that I am becoming so interested in (wild) grasses that I'm going to buy a book about them so I can name them when I see them, and learn to spot rare ones.

Look at these beauties I found on the Trail: 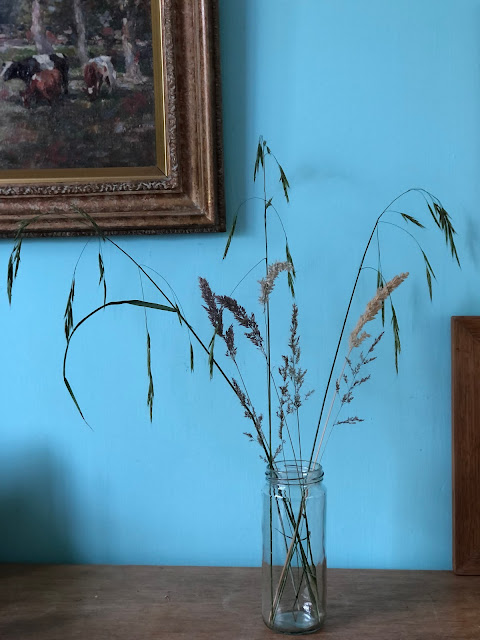 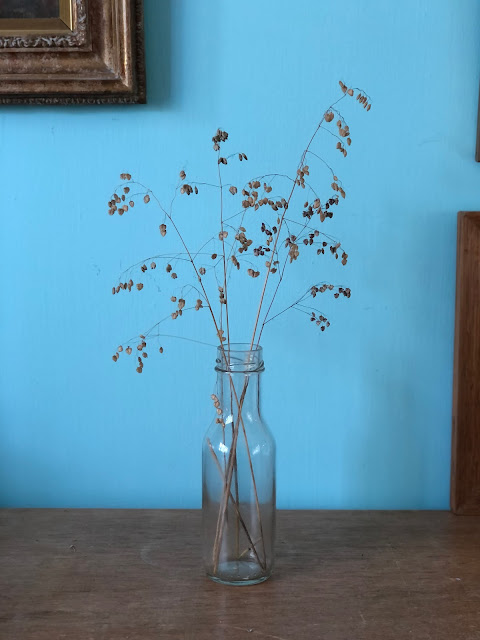 These last are my favourites so far. They're called quaking grass, and look like this before they dry up:

The beads are so delicate that they quiver in the breeze.
That's it, friends. I hope you're having a good weekend. I'll leave you with two corners of our garden. 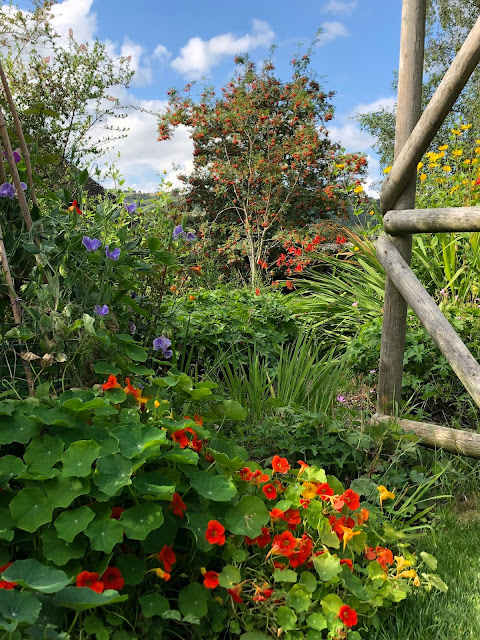 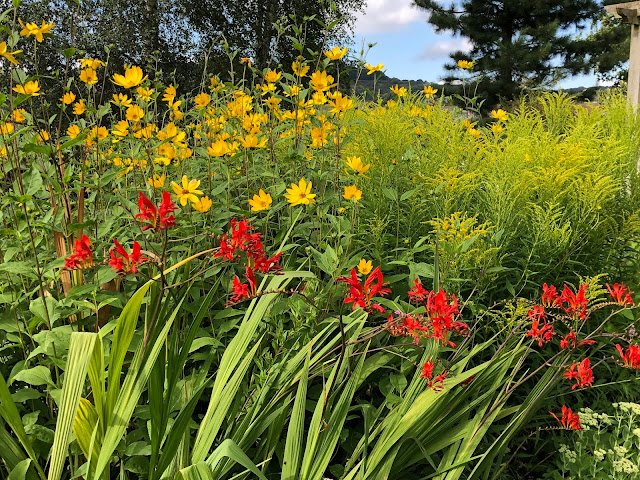