I finished reading EVEN WHEN THEY KNOW YOU and I enjoyed the second half very much. There's some cracking dialogue in there, even if I do say so myself. Anyway, the book is now rehabilitated inside my head. It was such a difficult book to write that whenever I've thought about it since it was published, it's made me shudder. Now I might be able to read it again in the future.

I have no idea whether other writers reread their own books. Perhaps it's a shameful thing, but I've told you before that I sometimes re-read Plotting for Grown-ups when I'm ill or sad.

Anyway, the other book of mine I have mixed feelings about is Zuzu's Petals - the book with the dreadful, inappropriate cover for which I will never forgive the publisher.

But an old writing friend told me this week how much she had liked a particular section of it. So I just picked it up this morning and read it from there to the end, and I enjoyed it. I liked the final chapter so much I have taken out the spoilers and am going to post it on here today. It's what broadsheets call 'a long read.' 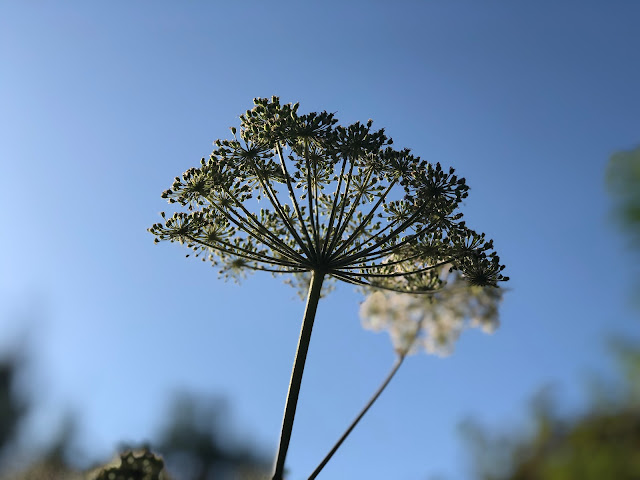 The last chapter of Zuzu's Petals

The leaves are out on the copper beech in Bingham Park, new and pink and tender, and the sweet cicely is frothing up in Whiteley Woods. It’s May, and I’ve been thinking about Pa.

This time last year he was in hospital and I was visiting him. He missed May, the loveliest month of all - the fresh bright green of the spring - because he was stuck in hospital. And I missed it last year because although I noticed it on the day he was buried, the rest of the month leading up to that was lost in thinking about him, visiting him, watching him disappear.

It has all come back to me with the beauty of the season and the birds singing at half past five in the morning. I have been feeling sad again. But this time, although I am missing Pa, I no longer have the questions swilling round my head about the rest of my life and about how I want to spend it.

I was going up to Wensleydale for Pa’s anniversary and managed to order some sweet peas from the flower shop in Broomhill for his grave. When I couldn't get any last year for his burial, I was upset and somehow getting some this year seemed to set that right. Last week when I rang the shop the man thought they would be £1 a stem and I dithered. He knew that was expensive and he said “It just depends how extravagant you want to be.” As it turned out, they were half the price he quoted.

On the way up the dale from the A1 I called in at the burial ground. I walked up to the grave, and the stone was still stark and new and horrid. And the black paint in the lettering was nasty. The bunch of sweet peas felt small. The grass was long, and there was still a long coffin-shaped mark in it.

I didn't stand there and talk to Pa. Partly, it’s the off-putting thought of the people who live in the old Meeting House behind, and partly it’s because I don't think he is still around. He isn’t there. He isn’t anywhere. I don’t believe in life after death, in spirits hanging around waiting to be talked to. The only life after death is in what the person has left in memories. And then there’s his deeds, his creations, his influence on his children and his genetic heritage. I see both of the latter in traits and physical characteristics in Megan and Steve, and I expect they see it in me. That is where the comfort is. There’s no comfort in going to the grave.

I didn’t know what Ma wanted to do for Pa’s anniversary. She never mentioned Pa, she was quiet all day. We did a bit of paperwork in the morning when I got there – sorting out her bills. She had an annual electricity statement which was impenetrable, so we took her off direct debit and put her back on quarterly payments.

I asked her if there were any consolations in being old.

“Having you children come and look after me,” she said. But that was all she could think of.

Megan and Ed arrived after lunch. I was pleased to see them. After drinking a cuppa and munching through a bowl of cherries that Megan had bought on Bristol market, we walked up to see Pa’s tree. It was showery and there was a cold wind.

In the evening Steve and Martine came over and we had roast beef and raspberry trifle. Ma had ordered a big piece of beef. She told me she had asked the butcher to her house especially to give him her order, not just rung up the shop.

Pa was not mentioned, apart from when Megan opened a bottle of pink champagne in the kitchen while she was cooking, and poured us all a glass, and I said “To Pa.”

Megan and Ed and Steve and Martine said “Yes, to Pa.”

Steve sharpened the carving knife and prepared to carve the joint.

“I’d better get this right or I’ll be in trouble.”

“Don't worry,” I said. “Now Pa’s not here, no-one’s going to complain about how you carve.”

Steve looked meaningfully at Megan’s back as she drained the potatoes at the sink.

She turned round and laughed and said “He lives on!”

After dinner she and I walked up to the gate on the Thoralby road, the one we walked up to on the same night last year, on the day he died. Then we walked down to the hotel, and back across the fields. I don't think Pa was mentioned.

At the cottage there is a tiny red stapler which lives in the two inch square box it came in, and on it Pa had written STAPLER in his fine strong capitals. Since he died, every time I’ve used the stapler, I have found it a comfort to see his writing. This time I was up at Hollycroft I went to get the stapler and Ma had scrawled Stapler over his writing in inky rollerball, completely obscuring that winning remnant of Pa - his writing. It was a trivial sentimental thing, but I showed it to Megan, and she understood.

I drove all the way up the Thornton Rust road to the nursing home to see the sweet cicely and the cow parsley along the roadside and to see if any lambs were playing on the road as they were last year.

There were no lambs. And the verges had less sweet cicely than the country lanes down here in the Mayfield Valley. On the way back I stopped at Pa’s tree. Then I drove to say goodbye to the Falls. I slowed the car down on Church Bank and wound down the van window and smelled the wild garlic in the woods. I could see the river without getting out of the car – it was a lovely colour – dark peaty brown with a creamy head of foam. Pa always commented on the colour of the river, and if there’d been a lot of rain he’d say, “It’s running a full pot.”

When I got home, I talked to Viv about Pa, and the gravestone, and about the fact that Ma didn’t mention Pa the entire time I was there, yet she seemed so pleased that Megan and I went up. She mentioned it so many times. She wanted to mark the day, yet didn’t talk about Pa, or about anything that wasn’t mundane. If Megan had not been there no-one would have mentioned Pa, and I would have found that hard.

Megan just rang me to tell me that there’s a jar on the top shelf in the cloakroom at Hollycroft with a label on, written by Pa - SALTPETRE. He bought it when he was planning to cure his own bacon. She said she had hidden the jar at the back of the shelf so that it wouldn’t catch Ma’s eye.

Now I am happy. And I think that Pa would be pleased. 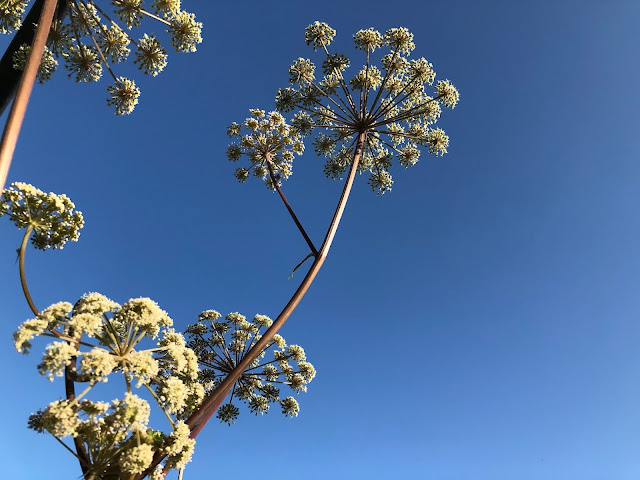